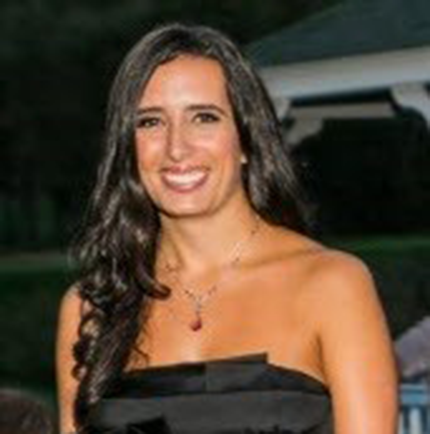 Though vague, Lauren Jenkin’s first memory of Bonnie Brae was when she was about 6 or 7: she remembers walking on the grass through campus, seeing the ropes course, the gym and the climbing wall. She recalls sharing a meal with her parents in the cafeteria, attending a few Scottish Games events as well as a holiday performance. Her impression then was that Bonnie Brae was a homey and inviting place, not very different from the school she was attending.

Those early memories were the stepping stones to her building a lifetime of memories about Bonnie Brae and the mission of helping young men in-crisis. As a teenager she knew that the young men living at Bonnie Brae had a lot of problems at home, but she didn’t quite understand the depth and breadth of the mission until years later when she became a member of Bonnie Brae’s Board of Trustees.

Lauren is the latest generation of Osbornes inspired to serve Bonnie Brae—a legacy that began in 1916 with her great grandfather, Judge Harry V. Osborne, who founded the Bonnie Brae Farm for Boys. Lauren shares that, “I’m so inspired that Bonnie Brae actually was begun at all, and while I never met Ted’s (Osborne) father or grandfather, Bonnie Brae was still like a part of our family growing up. For as long as I can remember Ted was serving on the Board of Trustees and he and my mom were attending Tartan Balls and other events on campus.”

Lauren was always inspired by Bonnie Brae’s mission, but with a full-time job and apartment in Manhattan, it simply wasn’t the right time for her to be involved. This changed in 2012, however, when she relocated to Jersey City and was subsequently asked to serve on Bonnie Brae’s Board of Trustees. Fast forward 6 years to 2018 and Lauren’s commitment and dedication to the Bonnie Brae young men continues. As the only “Xennial” on Bonnie Brae’s Board, Lauren brings the unique perspective of her generation, while exercising dedicated leadership as Chairperson of the Development Committee, and Assistant Secretary of the Board. Lauren shares that, “Despite changing times and populations, it is incredible that our family has had a continuation of representation of the Osborne family and I am proud to be a part of this.”

Join us in the Osborne Corner every month, for updates and perspective from Lauren Jenkins.