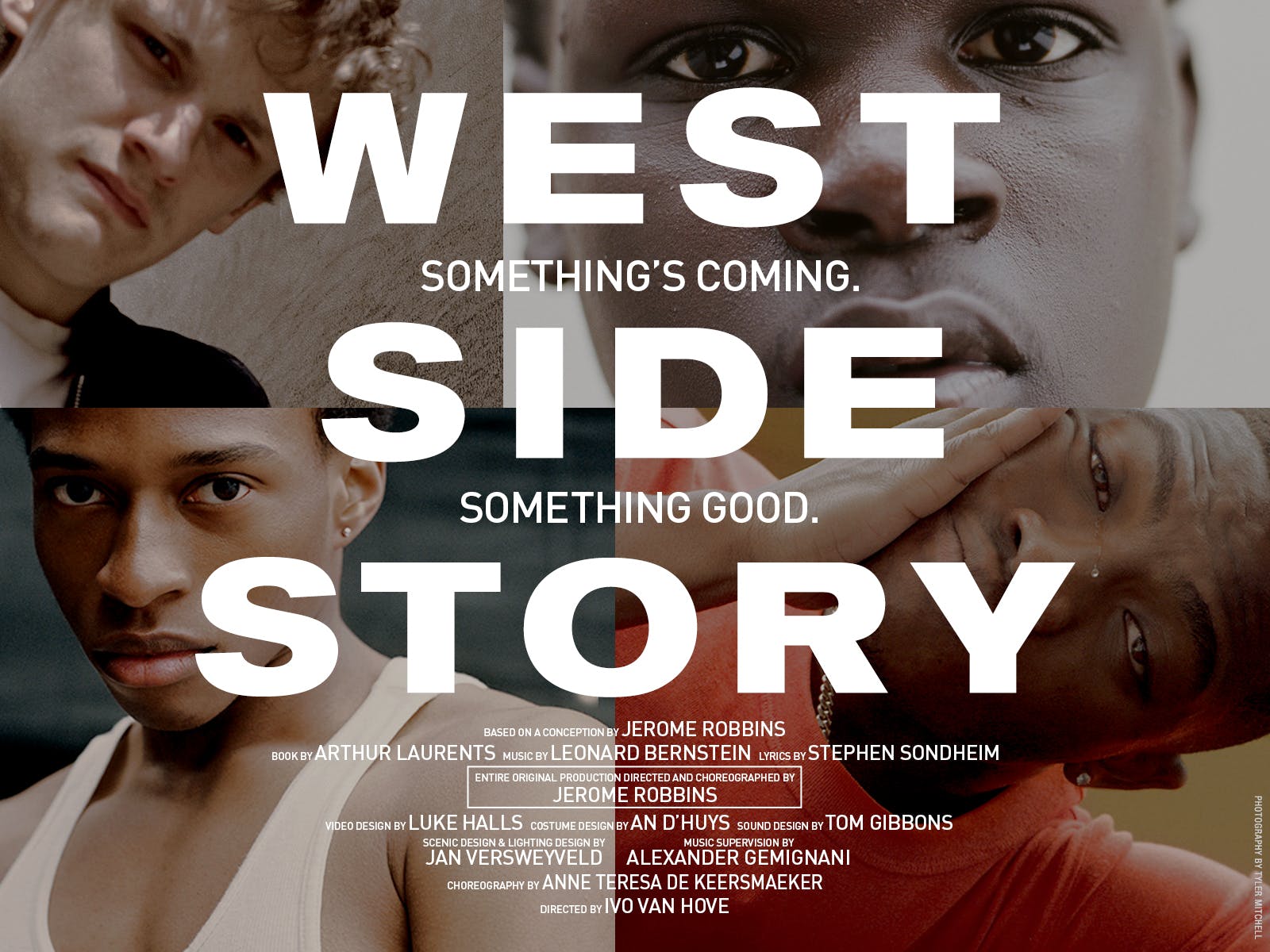 From Broadway.com: The most exciting musical theater masterpiece of the 20th century. The most visionary theatrical talents of the 21st century. Is there any wonder it’s “the most eagerly-awaited production of the new season”? (NY Post)

When four theatrical giants — Jerome Robbins, Leonard Bernstein, Arthur Laurents and Stephen Sondheim — created West Side Story, it was immediately hailed as an “indisputable, boundary-busting masterpiece” (The New York Times) that “explodes every imaginable idea of what a musical can be” (New York Magazine). Now, three of the most daring theater-makers of our time — director Ivo van Hove (A View From the Bridge and The Crucible), choreographer Anne Teresa de Keersmaeker, and designer and frequent Van Hove collaborator Jan Versweyveld — offer a radical, thrilling new interpretation of this iconic work, with extraordinary dancing, breathtaking vision, and 23 young, brilliantly gifted performers all making their Broadway debuts. Don’t miss this opportunity to see a landmark in musical theater history as if for the very first time.

#ICYMI What an incredible time last week we had at our 2022 Tartan Golf Classic. We want to once again thank all of… https://t.co/CyGF8bX3ni
Bonnie Brae's Matinee Theater group returns to BROADWAY! Join us Nov 2 for a matinee showing of "Funny Girl" Tix… https://t.co/lexPBzkXoQ
Join us Oct 12-13 as we celebrate our first “Bonnie Brae Giving Day.” This 2-day event will bring together the loca… https://t.co/czM0zWYKvF