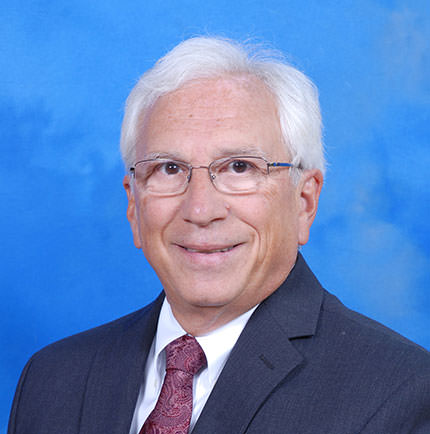 Lou has served as President of the Board of Trustees since 2011. During Lou’s tenure as President: Bonnie Brae has added ten new Trustees; Board giving has risen 100%; Bonnie Brae has received outstanding evaluations from the Joint Commission, the American Association of Children’s Residential Treatment Centers, and from a recent survey of residents, parents and social workers, all during an era in which public reimbursement rates have remained stagnant. He initiated the renovation of the four McNally cottages and was instrumental in bringing solar power and sustainability to the Bonnie Brae campus.

A man with boundless energy and a penchant for details, Lou spends many hours on Bonnie Brae’s campus, and in March of 2013 represented his employer, Verizon Communications in receiving the award for Outstanding Service from the American Association of Children’s Residential Centers (AACRC).

Lou credits the ‘Bonnie Brae formation’ he received as a young man to Elsa Osborne, daughter of Bonnie Brae founder Judge Harry V. Osborne, a long-time passionate advocate for the Bonnie Brae School. A devoted husband, father and friend, Lou is a true champion of the boys of Bonnie Brae and the staff who serve them.

Our mission is to 'empower youth and families to achieve small victories every day through comprehensive care and e… https://t.co/4APzfug2Er
Happy New Year! We look forward to the new year and wish you all a safe and healthy start to 2022! #happynewyear… https://t.co/bNhUcVrT28
We invite you to SAVE THE DATE and join us in celebration of our Bonnie Brae youth. Help us honor how their small… https://t.co/8VjTy7QHgj